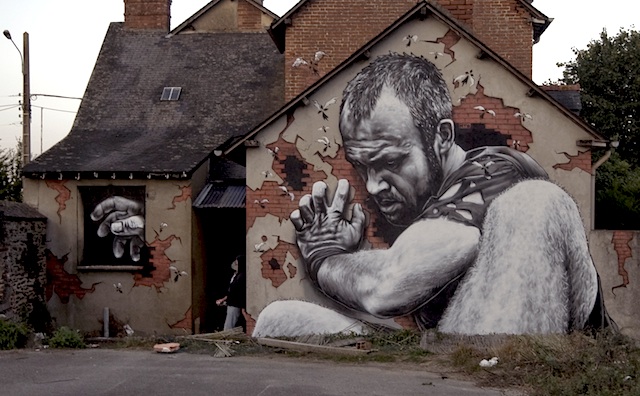 Born and raised in France, but having worked in Berlin between 2006 and 2013, MTO (short for Mateo) is a globally recognised, albeit anonymised, street artist whose imposing, hyperrealistic portraits have made him a mainstay in the world of graffiti and street art, not least for their distinctive, predominantly monochromatic imagery and pop culture references, including such movie actors (and their most iconic scenes) as Robert De Niro (in Taxi Driver) and Jack Nicholson (in The Shining), as well as famous musicians Jimi Hendrix, Michael Jackson, and Ray Charles, the likes of whom inspired MTO at an early age.

Despite MTO managing to keep his identity and personal information a secret, which is the case with a number of street artists, such as Banksy, his illicit works have continued to flourish and his elaborate, larger-than-life portraits of immense detail and scale have continued to astonish the art community.

Begin typing your search above and press return to search. Press Esc to cancel.